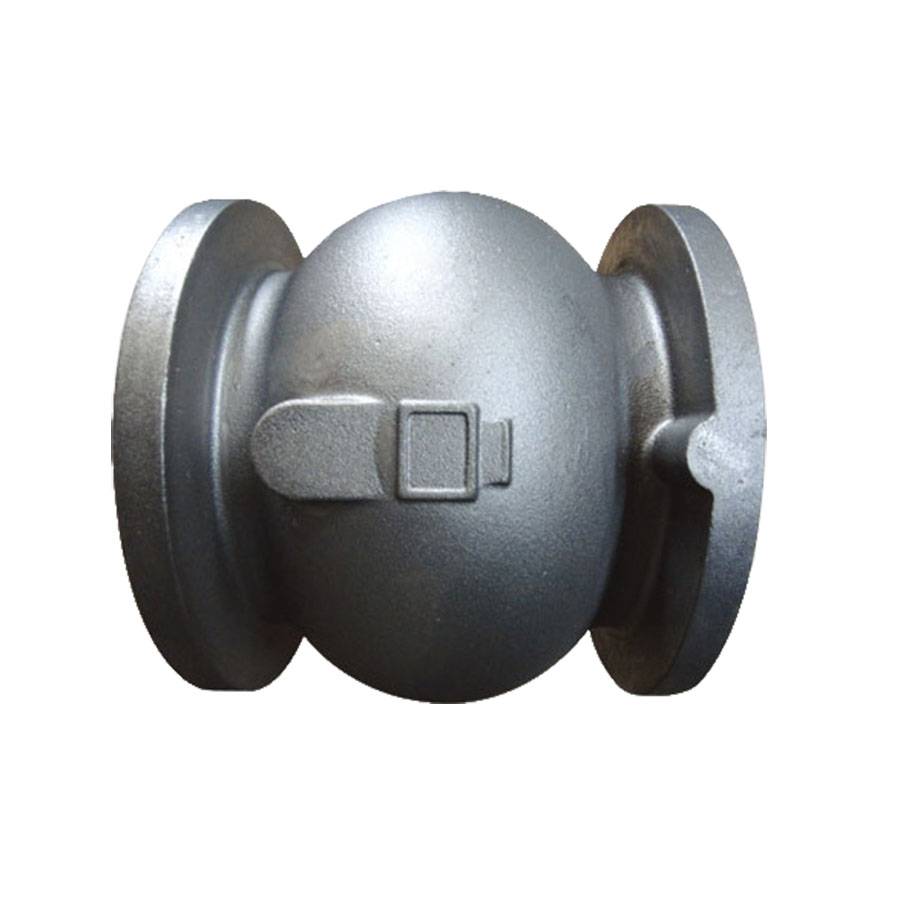 Custom grey cast iron casting product by shell mould casting and CNC machining. Our sand casting foundry can design custom castings of diverse of cast irons in cooperation with customers to optimize the casting costs by applying suitable casting technologies and developing the best engineering solutions with respect to the usability features of the final castings.

Gray iron, or grey cast iron, is a type of cast iron that has a graphite microstructure. It is named after the gray color of the fracture it forms. The gray cast iron is used for housings where the stiffness of the component is more important than its tensile strength, such as internal combustion engine cylinder blocks, pump housings, valve bodies, electrical boxes, counter weights and decorative castings. Grey cast iron's high thermal conductivity and specific head capacity are often exploited to make cast iron cookware and disc brake rotors.

A typical chemical composition to obtain a graphitic microstructure is 2.5 to 4.0% carbon and 1 to 3% silicon by weight. Graphite may occupy 6 to 10% of the volume of grey iron. Silicon is important to making grey iron as opposed to white cast iron, because silicon is a graphite stabilizing element in cast iron, which means it helps the alloy produce graphite instead of iron carbides; at 3% silicon almost no carbon is held in chemical combination with the iron.

The graphite takes on the shape of a three-dimensional flake. In two dimensions, as a polished surface will appear under a microscope, the graphite flakes appear as fine lines. The tips of the flakes act as preexisting notches; therefore, it is brittle. The presence of graphite flakes makes the Grey Iron easily machinable as they tend to crack easily across the graphite flakes. Grey iron also has very good damping capacity and hence it is mostly used as the base for machine tool mountings.

Furan resin self-hardening sand casting process (nobake process) uses the furan resin coated sand to form the casting mold. After mixing the original sand (or reclaimed sand), liquid furan resin and liquid catalyst evenly, and filling them into the core box (or sand box), and then tighten it to harden into a mold or mold in the core box (or sand box) at room temperature. Then the casting mould or casting core were formed, which is called self-hardening cold-core box molding (core), or self-hardening method (core).

As a self-hardening cold box binder sand, furan resin sand is the earliest and currently most widely used synthetic binder sand in Chinese foundry. The amount of resin added in molding sand is generally 0.7% to 1.0%, and the amount of added resin in core sand is generally 0.9% to 1.1%. The content of free aldehyde in furan resin is below 0.3%, and some factories have dropped to below 0.1%. In the foundries in China, the furan resin self-hardening sand has reached the international level regardless of the production process and the surface quality of the castings.

The Advantages of Furan Resin Coated Sand Self-hardening Molding Casting:
1) Improve the dimensional accuracy of castings and the surface roughness.
2) The hardening of the mold (core) sand does not require drying, which can save energy, and inexpensive wood or plastic core boxes and templates can also be used.
3) Self-hardnening molding sand is easy to compact and collapse, easy to clean up castings, and old sand can be recycled and reused, which greatly reduces the labor intensity of core making, modeling, sand falling, cleaning and other links, and it is easy to realize mechanization or automation.
4) The mass fraction of resin in sand is only 0.8%~2.0%, and the comprehensive cost of raw materials is low.

Because the self-hardening method has many of the above-mentioned unique advantages, the self-hardening method is not only used for core making, but also used for casting moulding. It is especially suitable for single piece and small batch production, and can produce cast iron, cast steel and non-ferrous alloy castings. Some Chinese foundries have completely replaced clay dry sand molds, cement sand molds, and partially replaced water glass sand molds.