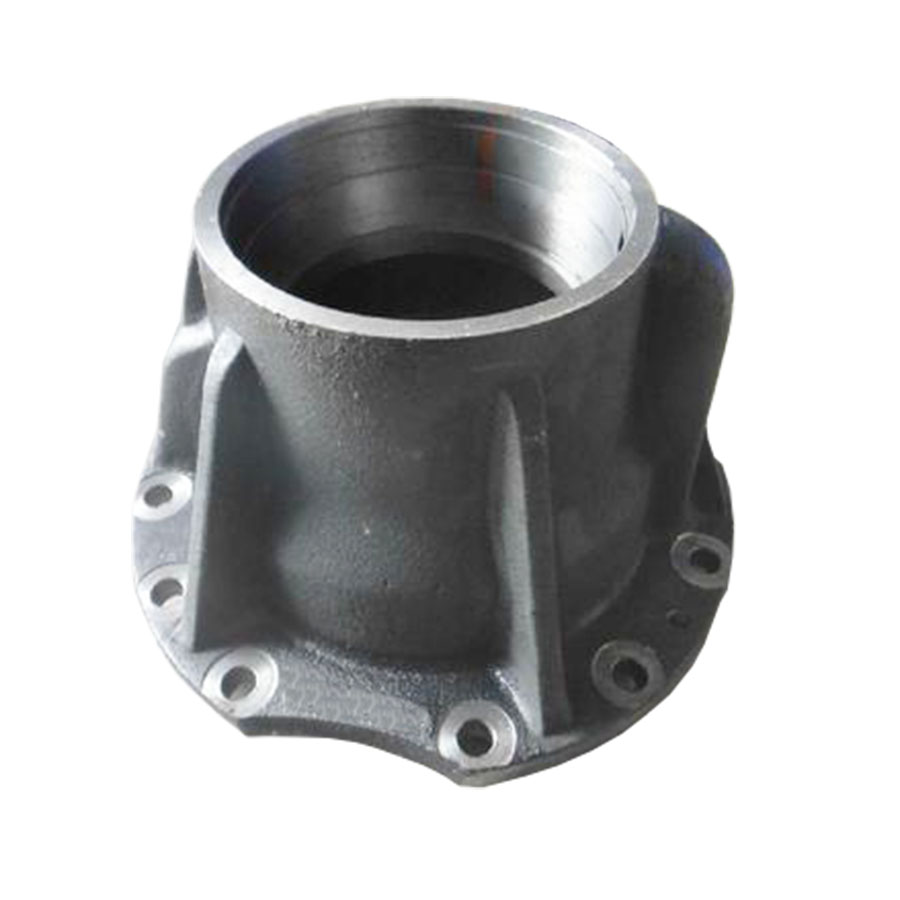 Low carbon steel,  is a cast steel with carbon but with low content as the main alloying element. Usually the low carbon steel has a range of 0.3-0.5% in carbon content.

Low carbon steel, also called mild steel, is a group of iron-based alloy with carbon as the alloying elements but the carbon content is less than 0.25%. Because of its low strength, low hardness and softness, it is also called mild steel. It includes most ordinary carbon structural steels and some high-quality carbon structural steels. Most of them are used for engineering structural parts without heat treatment, and some are used for mechanical parts that require wear resistance after carburizing and other heat treatments.

The annealed structure of low carbon steel is ferrite and a small amount of pearlite, its strength and hardness are lower, and its plasticity and toughness are better. Therefore, its cold formability is good, and it can be cold-formed by methods such as crimping, bending, and stamping. This steel also has good weldability. Low carbon steel generally refers to steel with a carbon content between 0.10 and 0.25%. This kind of steel has low hardness and good plasticity. It is convenient to adopt cold plastic deformation forming process, welding and cutting. It is often used to make chains, rivets, bolts, shafts, etc.

The annealed structure of low carbon steel is ferrite and a small amount of pearlite, its strength and hardness are lower, and its plasticity and toughness are better. Therefore, its cold formability is good and can be cold-formed by methods such as crimping, bending, and stamping. This steel has good weldability. Low carbon steel with very low carbon content has low hardness and poor machinability. Normalizing treatment can improve its machinability.

Low-carbon steel is generally rolled into angle steel, channel steel, I-beam, steel pipe, steel strip or steel plate, which is used to make various building components, containers, boxes, furnace bodies and agricultural machinery. High-quality low-carbon steel is rolled into thin plates to make deep-drawn products such as automobile cabs and engine hoods; it is also rolled into bars to make mechanical parts with low strength requirements. Low-carbon steel is generally not heat-treated before use. The carburized or cyanidized steel with a carbon content of more than 0.15% is used for shafts, bushings, sprockets and other parts that require high surface temperature and good wear resistance.

The use of low carbon steel is restricted due to its low strength. Appropriately increasing the manganese content in carbon steel, and adding trace amounts of alloying elements such as vanadium, titanium, niobium, etc., can greatly increase the strength of the steel. If the carbon content in the steel is reduced and a small amount of aluminum, a small amount of boron and carbide forming elements are added, an ultra-low carbon bainite group can be obtained that has high strength and maintains better plasticity and toughness.

Cast carbon steel has the following advantages: lower production cost, higher strength, better toughness and higher plasticity. Cast carbon steel can be used to manufacture parts that bear heavy loads, such as steel rolling mill stands and hydraulic press bases in heavy machinery. It can also be used to manufacture parts that are subject to large forces and impact, such as wheels, couplers, bolsters and side frames on railway vehicles.